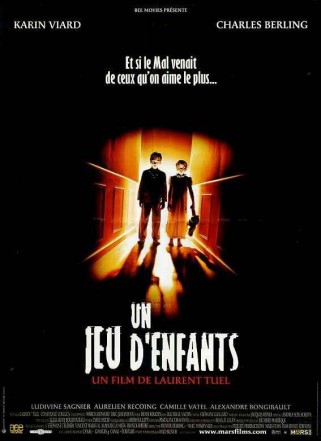 Long synopsis : Marianne, Jacques and their two children, Julien and Aude: an unremarkable middle-class family living happily in a wealthy district of Paris. Following the appearance of an elderly brother and sister strangely anxious to revisit their beloved childhood home, their peaceful existence is turned on end, then torn savagely apart by a sequence of terrifying and inexplicable events. While Julien and Aude play their increasingly sinister games, unnaturally oblivious to the gathering madness around them, Marianne and Jacques are cast headlong into a nightmare which reveals the dark secrets behind the bland façade of their lives and threatens to destroy them. As her husband becomes a stranger, slipping ever deeper into insanity, she realises with ever-growing horror that her children are posessed by a malign force of terrifying power, Marianne is left to confront the evil alone.