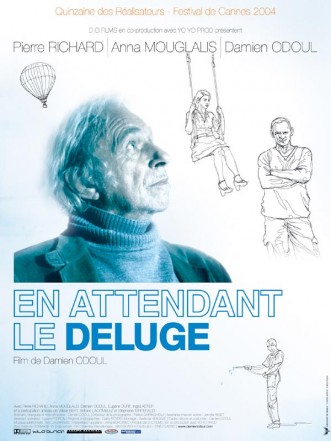 Long synopsis : Dawn. A decaying château stands in a sprawling park of 100-year-old oaks. Jean-René, a ruined aristocrat in his 60s, has just learned he’s going to die.And soon. The day passes. Night falls. In the great, candle-lit hall, the aristocrat and his gardener get drunk. Jean-René makes up, slips into one of his mother’s old dresses, and the two men dance like an old couple. Later, barely able to stand, Jean-René announces his decision to invite a theatre company to the château. To enliven his final days with a piece based on the myth of Dionyos… A month later, he welcomes the entertainers. They're a strange, mixed bunch. Yves, a tormented, art-obsessed producer, arrives with a young actress, the beautiful, affected, hysterical Mélina. A couple who split up two years earlier, things are not simple between them. Eugène and his lover Ingrid follow. She's a philosopher, a gastronome; Eugène's besotted with her. Part-Jeckyll, part-Hyde, he's a weak, mean fellow, unsure of who he is or how to assert himself. At the slightest trouble, he calls upon the ghost of his dead sister for comfort. Rapidly overcome by life at the château, and on his sister's advice, he resolves to murder Jean-René. Lastly, the writer, his script not yet finished. With him is Lola, a free spirited young woman, liberated both in mind and ample body. The night of the performance arrives, a night of absurd burlesque and and devastating revelation.