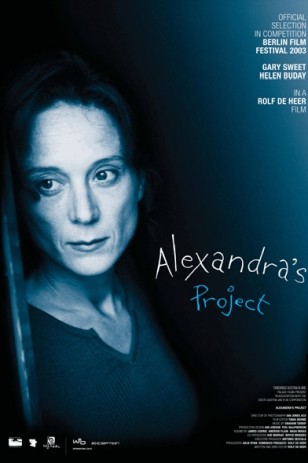 Long synopsis : Steve (Gary Sweet) is a middle-management office worker. He's an ordinary bloke, happily going through the motions of family life as husband to wife Alexandra (Helen Buday) and father to their two children, Emma and Sam. It's Steve's birthday, an especially happy day as Steve receives a much sought after promotion. With good news to share at home, Steve leaves work and heads home, in anticipation of a surprise party he suspects Alexandra has organised. But when he returns home, all is quiet in their suburban townhouse. In fact, deathly quiet... After searching the darkened house for party guests Steve finds nothing, except a video tape labelled ‘Play Me’. It is a recording made by Alexandra and their children wishing him a happy birthday. Once the children leave the television screen, Alexandra begins to give Steve the most surprising present of all... an alluring striptease. Steve thinks all his birthdays have come at once... until, on the video, he sees a gun pointed at Alexandra’s head. In a panic, he races for the phone but discovers there’s no connection. He tries to leave the townhouse only to find that his keys no longer fit the locks and the security shutters on the windows are locked tight. Remembering his mobile phone, Steve finds that the battery has been replaced by a bullet. Alone, frightened and imprisoned in his own house, Steve has no choice but to watch the rest of the video tape...