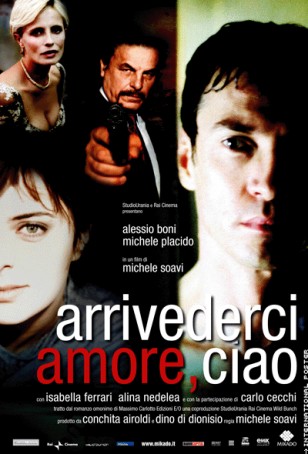 Long synopsis : Giorgio, a left-wing idealist-turned-terrorist, returns to Italy from exile in Central America with one goal - to establish a life of comfortable bourgeois respectability. A normal life. All idealistic fervour and political conviction destroyed during his horror-filled years on the run, Giorgio's obsessive desire for this normal life is limitless, his methods utterly ruthless. Blackmailing former comrades buys him a reduced jail sentence, but once on the outside, despite himself, he sinks unavoidably and ever-deeper into a vortex of violence and crime from which there seems to be no escape. Larceny, pimping, drug-dealing, easy dirty money... Giorgio hesitates briefly, then abandons himself to the corruption that surrounds him. A relentless machine, he flourishes. In partnership with Anedda, a crooked and cynical special services agent in possession of evidence that could put him away forever, he takes on increasingly dangerous criminal jobs. Blood starts flowing, bodies start piling up around him. A major heist scores Giorgio some serious money. Enough to pay Anedda off, enough to start over again, enough to buy the dream that has never stopped haunting him. But for Giorgio, the past is never dead. It's not even past. Based on the best-selling novel and graphic novel by Massimo Carlotto, brutal, chilling, utterly compelling, Michele Soavi's arrivederci amore, ciao is the gripping story of one man's battle against destiny, his struggle to escape from himself and his own black history of violence.