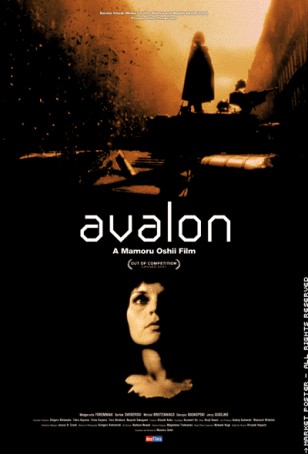 Long synopsis : In an imaginary central European city, the highly addictive computer game Avalon offers lavish financial rewards as well as a dangerous and seductive escape from the bleak realities of everyday life. Ash is a professional, a highly skilled player moving back and forth between actual and virtual realities with ease. A loner, estranged from her fellow man, Ash is close only to her beloved pet dog. Ghost is an Avalon character, a target who appears as a young girl. On-screen contact with Ghost has left previous players - including Ash's former lover Murphy - terminally damaged. Devoid of all consciousness and condemned to waste away in a sanatorium, they are known as The Lost.