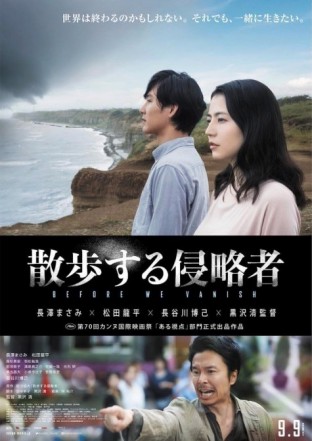 Long synopsis : The internationally acclaimed director of Tokyo Sonata and Journey to the Shore reinvents the alien movie as a unique and profoundly human tale of love and mystery.  Three aliens travel to Earth on a reconnaissance mission in preparation for a mass invasion. Having taken possession of human bodies, the visitors rob their hosts of the very essence of their being – all sense of good, evil, property, family, belonging – leaving psychological and spiritual devastation in their wake.