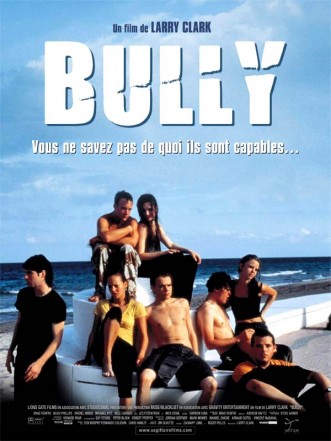 Long synopsis : A couple of good-looking small-town teenage slackers, Bobby Kent and Marty Puccio have known each other forever. Together they work dead-end jobs, do drugs and hustle at the neighbourhood gay bars, selling porno home videos and queer phone sex for cash and kicks. Bobby's a sadist, a bully, brutal and efficient; Marty's his best friend, his play-thing, his punching bag. It's how they've always been. They hook up with beautiful, spoilt Ali and her awkward, vulnerable friend Lisa for a double date at the beach. When Marty takes Lisa in the back seat of Bobby's Camaro, she surrenders her body and opens her heart. Ali's experience is different. In the front seat, Bobby ridicules her as he pushes her mouth towards his crotch. Later, Lisa tells her mother she's got a new boyfriend. She's in love. When Lisa and Marty have sex in Bobby's bedroom, Bobby bursts in and beats Lisa's naked body with his belt. Marty's used to this kind of treatment. He's been swallowing Bobby's abuse for years. But this time, it's too much. As he spends more time with Lisa, Marty's loyalties start to shift. Bobby's not too thrilled. He feels his power over Marty slipping. Bobby feels threatened. Lisa gets pregnant. She drives to Marty's to break the news, but Bobby's there. Marty roughs her up before kicking her out. Sobbing, she leaves, Bobby's insults ringing in her ears. Lisa tempts Ali into getting back together with Bobby, telling her he's into some weird stuff that might turn Ali on. If they like each other, maybe Bobby will leave Lisa and Marty alone. But Ali was right the first time - Bobby's not a nice guy. Their reunion is even rougher than before, and ends in a brutal rape. Lisa appeals to Marty. Bobby is evil. Bobby's a rapist. Bobby treats Marty like a dog. Bobby has to die.