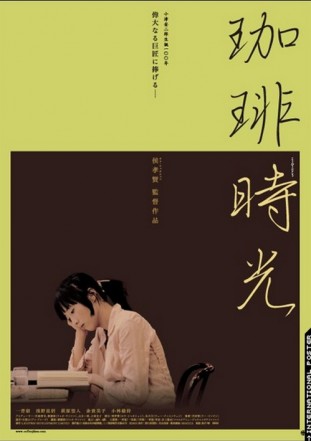 Long synopsis : A residential neighbourhood in Tokyo, 2003. Yoko, a freelance writer researching musical legend Jiang Ewn-Ye, befriends Hajime, the owner of a secondhand bookstore. They spend many hours together in the district’s coffee shops and train stations. Yoko feels she can tell the quiet, calm Hajime anything. When she is with him, she experiences an unusual peace of mind, a calmness of spirit. For his part, Hajime loves Yoko profoundly, but remains silent. Raised in rural Hokkaido by her near-blind uncle, Yoko now enjoys a good relationship with her father and step-mother. But when she returns to her father’s house and tells them she is pregnant, and that she has no intention of marrying the Taiwanese father, they worry deeply for Yoko’s future.Hajime too is shocked by her revelation but, as ever, cannot articulate his feelings. In the midst of this situation, Yoko receives word that her uncle in Hokkaido will soon undergo eye surgery. Gradually, Yoko begins to re-evaluate everything: her life, her family, the child growing inside her… Internationally acclaimed director Hou Hsiao-hsien (City Of Sadness, Flowers of Shanghai, Millennium Mambo) pays homage to Yasujiro Ozu, commemorating the centenary of Ozu’s birth. In his own words, Hou “tried to think how Ozu himself would have shot a film in today’s Japan” and Café Lumiere succeeds remarkably in echoing the rigorous, beautiful and profoundly affecting spirituality of Ozu. A Tokyo Story for the 21st century.