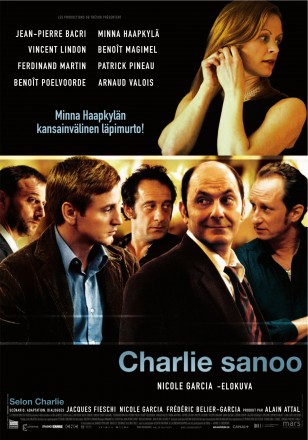 Long synopsis : Six men and a boy, in crisis. Each trapped, each facing his own prison, his own dilemma. Over three days and nights, their paths will cross in the unlikeliest ways, and they will confront the choices that lie before them. Triumph or fail, succeed or fall, none of them will ever be the same again. Mathieu, an eminent explorer, returns to his hometown for a colloquium. It's his first time back in years. Successful, admired, he is nonetheless a lonely man, impatient, acerbic. Adrien is heading for the same destination. A top-ranking tennis player who has just blown a major match, Adrien is silent, distant, seemingly bent on self-destruction. Bertagnat, the mayor, is a man pushed to his limits. Obliged to plan his upcoming re-election campaign, his thoughts and desire stray constantly to Severine, a local girl. School teacher Pierre recognises Mathieu. Once also a gifted explorer, he lost his nerve during a solo expedition and - shamed by his failure - retired. Pierre is married to Nora, who is unaware of his secret past. They are separated by a silence that grows deeper daily. The two men meet and Mathieu proposes that Pierre should join him. Start again. A second chance. Charlie's 11, a favourite pupil of Pierre's, forced by his father Serge to provide an alibi for Serge's infidelities. The father is a man of great desires, torn between stasis and action, responsibility and his sexual appetite. Among Serge's conquests is Nora... And then there's Joss, the outsider. Just out of jail, on probation, precarious. When a robbery goes wrong, Joss finds himself on the run.