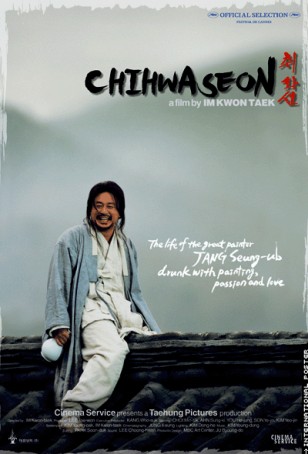 Long synopsis : 19th century Korea - the final days of the Joseon Dynasty, and a time of violent social unrest. Kim Byung-moon saves a young beggar from a savage beating, and in return the beggar, Seung-ub, draws him a picture. Kim is astonished by his rough yet extraordinary talent and arranges for him to study at the house of an eminent Chinese scholar. Here, the young painter falls in love with Mae-hyang, daughter of a fallen aristocratic family, but they are separated by Fate. Seung-ub wanders the country in pursuit of both sensual gratification and Truth revealed through Art. He is courted by wealthy and powerful patrons, but remains unruly and ever restless, refusing to bend to their demands and restrictions. Nobody can hold him, nothing can contain him. Only through complete freedom and an unwavering devotion to pleasure can he continue to create. As his fame spreads, Seung-ub yearns to develop, to go beyond his limits. He accepts then refuses the patronage of the King, and departs once more, drunken, obsessed, alone... Redoubtable Korean director Im Kwon-Taek (“Chunhyang”), aided by cinematographer Jung Il-sung and a tour de force performance from Choi Min-sik, has created a lavish, emotionally compelling and visually ravishing picture of political upheaval, sensual indulgence and uncompromising artistic obsession, a truly epic portrait of an extraordinary artist whose life and work embodied both the chaotic and dangerous conflicts of his time and the nature of creation itself.