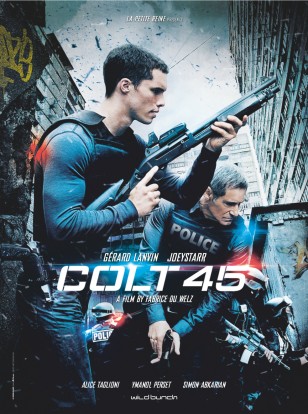 Short synopsis : Dragged into a web of violence and treachery by a corrupt colleague, police armourer Vincent must embrace the darkness within if he is to survive.

Long synopsis : Police armourer and firearms instructor Vincent Milès is a shooting ace. Only 25 years old, his prowess is the envy of the world's finest but, to the incomprehension of his colleagues, Vincent refuses to join the police action units. HIS LIFE IS THROWN INTO CHAOS when he meets Milo Cardena, a corrupt cop who will drag him into a downward spiral of violence, placing Vincent at the centre of a series of armed raids, murders and a savage police war that pits his godfather Chavez, chief of the Anti-Robbery Squad against his mentor, Denard, chief of the Anti-Gangs Unit. Trapped in a situation primed to blow sky high, Vincent is left with no choice but to embrace the darkness within him if he is to survive.