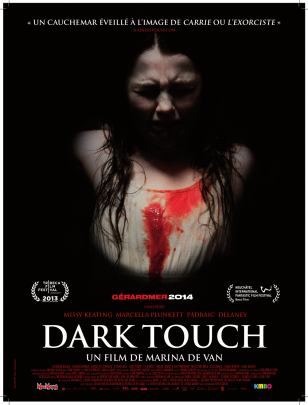 Short synopsis : An isolated house deep in the countryside takes on a monstrous life of its own.

Long synopsis : At night, an isolated house deep in the countryside takes on a monstrous life of its own. Objects and furniture run riot against the inhabitants, leaving 11-year-old Neve the only survivor of a bloody massacre that destroys the bodies of her parents and culminates in the death of her little brother, Ciaran. Suspecting a gang of homicidal vandals, the police ignore Neve when she tries to tell them about the murderous rage of the house. She is taken in by friends of her parents who, with the help of a local social worker, try to ease her trauma by surrounding her with love and rebuilding some semblance of a normal life. But Neve doesn’t find peace. Far from it... All around her, signs of danger continue to manifest, and her surroundings remain imbued with a lurking violence that soon unleashes itself again, erupting into further slaughter and claiming more victims.