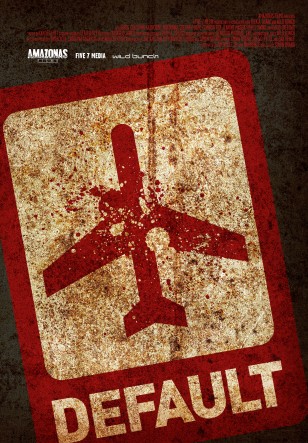 Short synopsis : DEFAULT is a claustrophobic thriller centered on the hijacking of an American news crew's plane on an African runway.

Long synopsis : DEFAULT is a claustrophobic thriller centered on the hijacking of an American news crew's plane on an African runway.What at first seems to be a simple ransom demand slowly becomes something much more. The hijackers, led by a mysterious Somali pirate known only as Atlas, want to tape an interview with the crew's legendary newsman, Frank Saltzman. For the sake of his comrades Saltzman agrees, but quickly finds himself engaged in a deadly battle of wits with his powerfully intelligent captor. The more Saltzman tries to uncover the hijacker's true intentions, the more he finds himself revealing his own inner heart of darkness. And as the outside world's attempts to engage the hijackers are thwarted at every turn, the hostages realize they have only themselves to rely on if they are to survive.