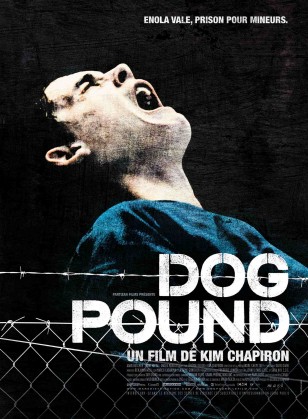 Short synopsis : Davis, 16 - drug dealing. Angel, 15 - car theft with violence. Butch, 17 - assault on a probation officer. The same sentence - ENOLA VALE facility for juvenile offenders. From the day they arrive, they must choose their role - victim or aggressor.

Long synopsis : On any given day, more than 100,000 children are held in detention centers in North America. 6o% will go on to become multiple offenders... Three young offenders - Carlin, Angel and Davis - arrive at Maplewood juvenile correctional center and are placed under the authority of Goodyear, an experienced, strict yet empathetic guard. Carlin, transferred from another institution for assault, is facing the dire prospect of adult prison, and must keep his head down. He befriends Archer, a funny, sharp free spirit whose attitude endlessly provokes the authorities. Carlin and the vulnerable Davis are soon subject to vicious attacks by Maplewood’s most feared inmate, Banks. Both refuse to inform and are sent to solitary, where Archer has also been confined for insolence. Returning to general population, and seeing no other option, Carlin challenges and defeats Banks and assumes the position of top dog, the ‘daddy’ of Maplewood. Under Carlin's protection, Davis' confidence grows. The fragile balance of everyday life is tipped by an ill-fated incident involving Goodyear and Angel, who winds up in hospital. Carlin lashes out against the superintendent's failure to react and is returned to solitary. In his absence, Banks’ goons rape Davis in a terrible act of retaliation and provocation. Shamed, abandoned by the authorities and unable to face the prospect of future assaults, Davis kills himself. His death triggers a riot amongst the inmates. In the confusion, Archer leads Carlin in an unplanned escape... but there’s no way out. From Kim Chapiron (SHEITAN), a searing look at a group of kids in prison, fighting for their lives and for hope. An electrifying cast delivers blistering performances in this story of budding friendships in the midst of brutality, where the violent intensity of THE LORD OF THE FLIES and SCUM meets the emotional power of ONE FLEW OVER THE CUCKOO'S NEST.