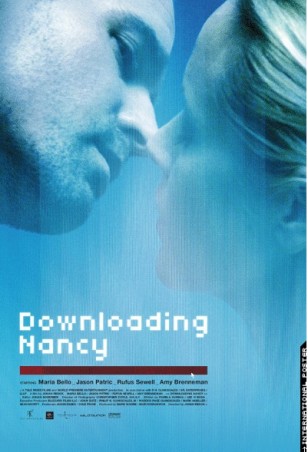 Long synopsis : Albert Stockton returns home from work to find a note from Nancy, his wife of 15 years, saying she's gone to see friends. It's a lie. Nancy has met her saviour in the form of Louis Turley. Louis' life, like hers, had become a twisted quest for belonging and sexual fulfillment via the darkest pathways of the Internet. Damaged and lonely, at first Nancy and Louis take comfort in one another through email, explicit pictures and erotic promises. Albert tracks Louis down and confronts him. He hears how Louis and Nancy found each other, how they started their affair on-line and how they ended it together. Albert learns that in the final days of his wife's sad lonely life, Nancy made the one-way journey to a place of liberation, an arena where desire is unleashed, where pain becomes pleasure and where the end is the beginning. The place where she joined Louis...