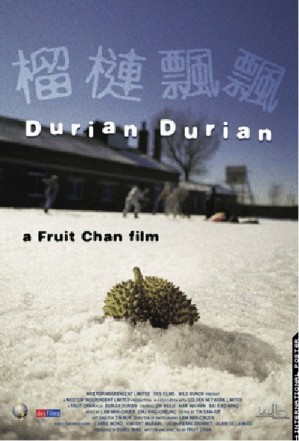 Long synopsis : Fan is a beautiful girl from rural mainland China. Her visa has expired and she lives as a fugitive, her days spent in a Mong Kok alley scrubbing dishes. Fan is a silent observer, cut off from the wealth of the city around her. Yan is in Hong Kong for the same reason as Fan - money. She too lives in the seedy underworld of Mong Kok, where neon signs light the hectic streets, advertising sex. A world of cheap tricks and greedy pimps. As long as her visa lasts, Yan is a prostitute. Their paths cross when they witness an attack in the street. The weapon is a large, spiky fruit. A durian. Yan returns home ill at ease, estranged from her lover and her past; an outsider in Northern China's snowy desolation. Hong Kong lingers as a dangerous temptation, an awful dream. Then she receives a gift from Fan - a strange tropical fruit. The durian, that evil-smelling, sweet-tasting delicacy, links Fruit Chan's dispossessed characters: damaged children looking for the courage to hope in a hostile world...