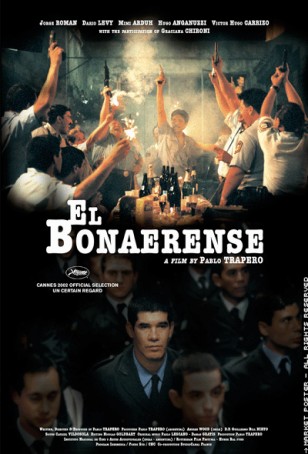 Long synopsis : 35-year-old Zapa is a regular, hard-working guy, a locksmith living in in rural Argentina. When his boss asks him to do a special job for some special clients, Zapa agrees - he has no choice. They break into a drug store and Zapa cracks the safe. The clients - police officers - stuff their bags, swearing Zapa to silence. The next day he’s arrested. His policeman uncle makes a deal with his colleagues: they’ll let Zapa go if he disappears. Zapa leaves his family and the rich red soil of his birthplace for the concrete wastes of Buenos Aires, where he signs up as a police cadet. After months of punishing training, he graduates with flying colours. Zapa is now a Bonaerense: a member of the most brutal and corrupt police force in Argentina. Working for Superintendent Gallo, his assignments grow ever more ‘unorthodox’ - illegal jobs which bring in a lot of cash. Zapa is hungry for power. He has money and respect, but something doesn’t feel right. When an innocent civilian is killed by drunken cops, Zapa witnesses the death. To avert a scandal, Gallo is forced to resign; his even more corrupt replacement takes an interest in Zapa... Time passes. Zapa prospers. He no longer thinks about his past. Now he has the power, now he makes the rules. There’s no going back.