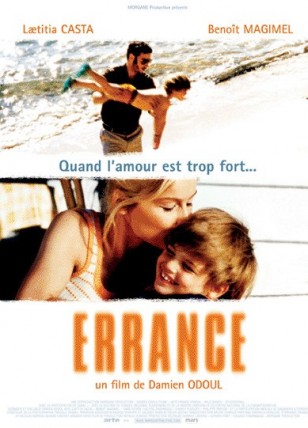 Long synopsis : 1968. The Gévaudan Region. At the crest of a mountain peak, a black car tears along at full speed. In the distance, a statue of the Virgin with the infant Jesus looms over the town of Le Puy. Images which immediately appear to seal a destiny. Jacques, about thirty, drives along a precipitous road at top speed. He is drunk. At that moment, in a provincial hospital, Lou, his wife, brings their child into the world. The birth goes badly. And once the child appears, Lou sleeps on, while Jacques tries to forget their existence in the arms of a girl. Errance is the story of three people in flight, a tragedy told over three periods, a wild race towards a happiness which is endlessly slipping away. Not for their lack of believing in it, for promising it as much as they dream of it. But between dream and nightmare, Jacques and Lou tear each other apart, they destroy each other, as if searching for a truth at the root of their lies. The lies Jacques amasses while believing what he says, and the lies Lou tells herself. Under the solitary gaze of their child.