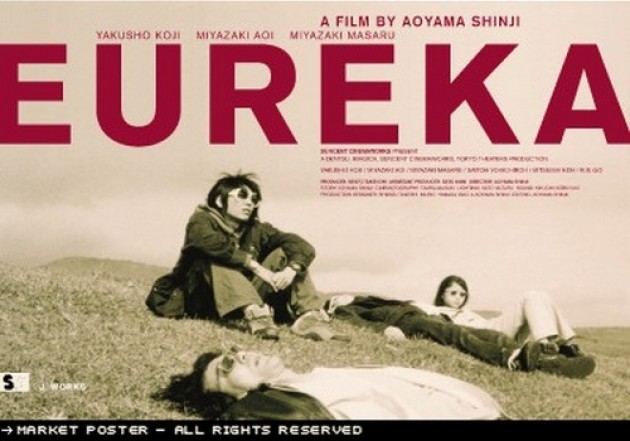 Long synopsis : In Kyushu, southwest Japan, one hot summer morning, a municipal bus is hijacked. In the carnage only three people survive: the driver, Makoto, a school girl, Kozue, and her older brother, Naoki. Suffering from trauma, Makoto disappears. The children withdraw in silence. Two years later, their mother has divorced and their father dies at the wheel of his car. They now live alone in the family home. Makoto returns to town and takes up household with the children, who are soon joined by their cousin, Akihiko, a college student on vacation. The body of a murdered woman is discovered on the river bank; and the police suspect Makoto. Soon after, he buys an old bus; fits it with beds; and invites the three young people to leave on a trip. EUREKA is the story of several people de-stabilized by a fateful drama. In pain, they move slowly toward shaping a kind of family circle, in which they can face the horror of their shared experience; begin to rebuild their lives and put the past to rest. The film traces their paths as a journey of the soul. An inward road movie.