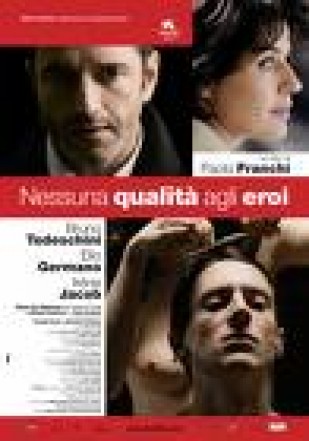 Long synopsis : Bruno Ledeux is an unexceptional man. Middle aged, mediocre, a man of no special qualities. When his doctor informs him that he will never be able to father children, he says nothing to his beloved wife Anne. Nor does he tell her of the huge debt he owes to Giorgio Neri, a loan shark who masquerade as a bank manager. Anne is his whole life, a life in Italy that has taken him far from his Swiss past... a past devoid of affection, in a family dominated by the selfish and manipulative father whom Bruno hated. And whom he may have killed. The torment and violent passion of this past seem to have been forgotten. Bruno is like a river that flows smoothly and gives no sign of the turbulent currents deep down. But sometimes the currents sweep up to the surface. Unpredictably. Overwhelmingly. The catalyst is Luca. A strange boy, his expression combines innocence and pain, determination and madness. They have nothing in common yet slowly something brings Bruno and Luca together. The boy seems to know everything about Bruno, even the carefully hidden secret of his debt. Because Luca is the son of Giorgio Neri, the money-lender, who now disappears... Sensing danger, Bruno recoils, but cannot but be moved by the desperate, familiar pain that grips the boy and leads him to attempt suicide before Bruno’s very eyes. A thick fog around Bruno seems to be thickening, life is closing in. Perhaps no-one can help him now. Not even Anne. But he is no longer afraid. Not even when he realizes that defenceless, desperate Luca has killed his father… Bruno decides to take matters in hand with a drastic, terrible solution …