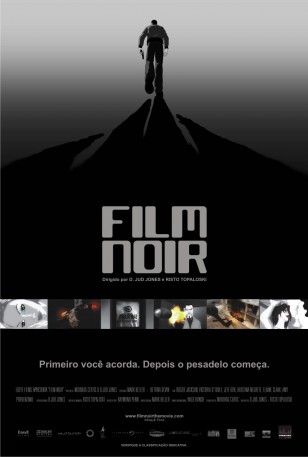 Long synopsis : Nighttime, LA. Our hero opens his eyes, regaining consciousness. Above him, the Hollywood sign flashes. Parked nearby, there's a car and a dead cop. And next to the cop, a gun. Judging by the way it fits the holster he's wearing, it looks like our man's the killer. And he can't remember a damned thing - how he got there; what happened; who he is. Sirens scream through the night - time to run. Our hero gets into the dead cop's car and splits. In the car, his cell phone rings - it's a call for Sam Ruben, private detective. A voice tells him the job's done and the money will be wired into his account. Is our hero Ruben? He visits the detective's seedy offices, where a nonplussed secretary informs him that Sam's away. She has no idea who our hero is. A dead end. Back in the car, the phone rings again. It's the secretary, calling to tell Ruben that David Hudson was just in the office That night our man breaks in to Ruben's office and steals Hudson's file. The photo in the file is a perfect match - he IS David Hudson... or is he? Thus our man enters a hellish world of lethal deception and limitless depravity, desperate to regain his identity at the heart of a black, white and blood-red nightmare where the only thing filthier than the lies is the sex, and the only sure thing is that nothing is what it seems.