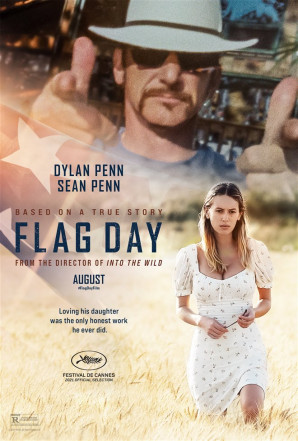 Long synopsis : Based on a true story filled with humor and heartbreak, FLAG DAY follows a young woman across two decades as she comes of age while navigating a fraught relationship with her beloved father. After John Vogel abandons his family, his daughter Jennifer grows into a rebellious teen and finds life with her mother unbearable. Trying to reconnect with John, Jennifer learns of his dangerous double life and sets out on her own to pursue a career in journalism. As John’s dark secrets catch up to him, Jennifer is left to find her own freedom out of the shadows of her dad’s legacy.