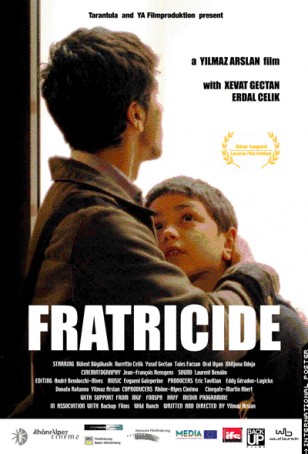 Long synopsis : Semo a Kurdish immigrant and pimp living in Germany offers to pay for his younger brother Azad to come and join him. Reluctantly Azad accepts his brother's offer, and makes the long journey from his poverty-stricken homeland. He moves in to an asylum for refugees where, amidst hopeless squalor he befriends Ibo, an eleven-year-old orphan, also Kurdish. A powerful and tender bond grows between the two boys, but the odds are against them. Ahmet and Zeki are young second-generation Turks. Frustrated, unemployed, alienated from their heritage and with no place in German society, their anger simmers at fever pitch. Meanwhile they devote themselves to petty crime and their savage pit bulls. When these four doomed exiles meet, their encounter unleashes a nightmarish cycle of violence they believed they had left behind. Boasting astonishing performances from a largely non-professional cast, award-winning director Yilmaz Arslan's third feature is an explosive tale of desperate conflict and bloody revenge, a savage, furious, heartbreaking portrait of raw humanity struggling for safety, for dignity, for survival in the face of violence, exile and the brutal indifference of a society that wants no part of them.