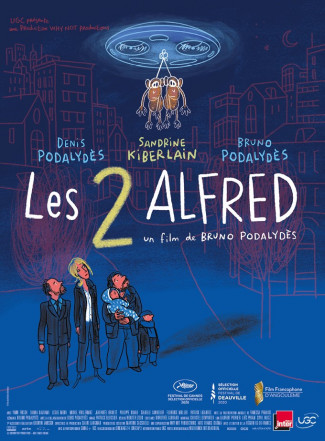 Long synopsis : Alexandre is unemployed and his bank account has been frozen. His wife is on a two-month top secret nuclear submarine mission. While she’s away, he has to prove that he can take care of the children and find a job. Following a surreal interview, he is hired at The Box on a trial basis – and thus Alexandre enters the 24-7 world of a greenwashed start-up with a strict no-child policy. He meets Arcimboldo, who juggles different jobs and apps and offers to look after the kids in exchange for accommodation. Between Alexandre’s killer colleague Severine, incessant conference calls and endless team building sessions, keeping his secret is no easy challenge…