FROM UP ON POPPY HILL 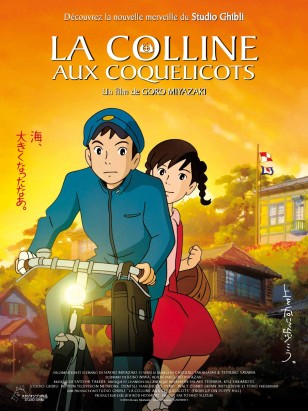 Long synopsis : Set in Yokohama in the year 1963, ''From Up On Poppy Hill'' is a love story whose main characters are the high school students who were to become the first generation of a new Japan. As the country begins to pick itself up from the devastation of the Second World War, the new generation struggles with moving forward into a prosperous future while trying not to lose the things from the past that make them who they are. The film's rich and vibrant animation captures the entrancing beauty of the Yokohama harbor setting and lush surrounding hillsides and, with a soundtrack that draws from the finest music of the time, perfectly captures the thrills of young romance and the hope of a new dawn.