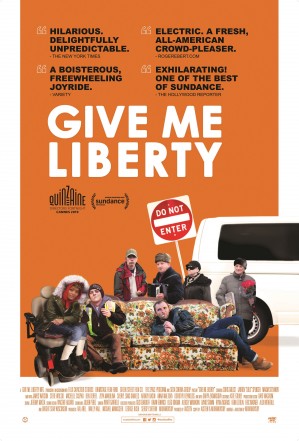 Short synopsis : Vic, a hapless young Russian American, drives a handicapped transportation vehicle in Milwaukee. Already running late on a day when street protests have broken out, and on the verge of being fired, he reluctantly agrees to ferry his grandfather and a dozen elderly Russians to a funeral. And when he stops in a predominantly African American neighborhood to pick up Tracy, a woman with motor neurone disease, Vic’s day goes from bad to worse. Inspired by experiences from his own youth, Cannes Critics’ Week-acclaimed director Kirill Mikhanovsky delivers a hilarious, touching and life-affirming comedy.