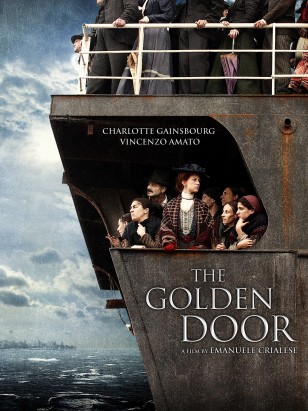 Long synopsis : A modern fable that tells the story of people from the past. Of a voyage across time and space, impelled by pictures of a land dreamed of but never seen, a Garden of Eden where fruits grow perfect and huge, where money falls from the trees. The New World. America. Sicily. The beginning of the twentieth century. In a desolate corner of the Sicilian countryside lives a family of peasants who have worked the same land for generations, at one with nature, surrounded by the spirits of the dead. The hard changeless monotony of daily life is interrupted by tales of the New World and its inhabitants, of the riches of this paradise. And there are even photographs - potatoes as big as carriages, carrots as long as canoes, trees laden with gold coins - proving the truth of this fabulous place, sent to the families of men who have left previously and who are now happily working in the Promised Land. Salvatore makes the momentous decision to sell all he has - his land, his home, his livestock - and to take his children and aged mother to a better life across the ocean. To become citizens of the New World, they must die a little and be reborn. They must leave behind the antiquated customs and superstitions of their homeland; they must be strong in body and healthy in mind, learn to obey and swear loyalty if they wish to pass through the Golden Door. They must transform themselves from old-fashioned humans into modern ones. The time during which this metamorphosis is to be accomplished is the time of suspension on the waters of the ocean, four difficult weeks of crossing, to arrive at the final judgment: the Island of Tears, Ellis Island. Here, the guardians of the New World will study them, case by case, millimetre by millimetre. They will scrutinize the bodies and minds of these prospective citizens, in this wonderful, terrible place where many families will be forced to chose, to split up forever. Not all are destined to enter the gates of Heaven. From the director of the internationally-acclaimed RESPIRO, GOLDEN DOOR tells the story of an odyssey: of a past abandoned and a people transformed. Of history made and humanity reborn.