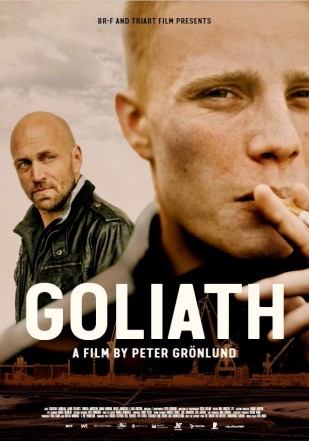 Short synopsis : In the tradition of Jacques Audiard (A PROPHET) and Ken Loach (SWEET SIXTEEN), GOLIATH hits hard, and its cast of authentic and deeply moving characters will leave viewers shattered.

Long synopsis : In an industrial community in Sweden where many of the locals have fallen into criminal activity, 17-year-old Kimmie grows up in the shadow of his father, Roland, a local crook. Now Roland is going to prison for drug dealing, and his dysfunctional family’s precarious situation is thrown off balance. The countdown begins. Soon Kimmie will have to face the hardest choice of his life. While he secretly dreams of leaving town for good with his loving girlfriend Jonna, Roland wants to make a real man of him, one capable of taking the reins of the family’s criminal business. Torn between duty and hopes of another life, what will Kimmie finally decide?