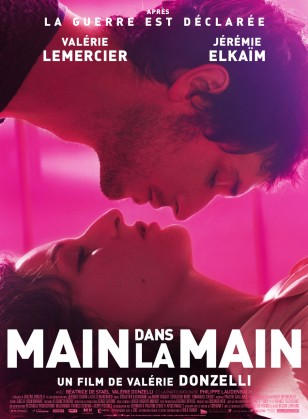 Short synopsis : From the moment they meet - and against their will - Helene and Joachim begin a lovers' dance they are powerless to stop.

Long synopsis : When Hélène Marchal and Joachim Fox meet, their lives could hardly be more different. Hélène runs the prestigious ballet school of the Paris Opera. A bit of a snob, she shares her life with her old friend Constance. Joachim works for a mirror maker, far from the hustle and bustle of Paris. He loves skateboarding and lives with his sister and her husband, who manage the local gym club. But when their paths cross by chance, a strange power suddenly works its spell on them. Without understanding how or why, they can no longer be apart. It’s physically impossible. If one leaves the room, the other follows. If one walks off in one direction, the other catches up and follows. If Helene raises her arm, Joachim reaches his out to her. And when he steps to the side, she moves with him. From the moment they meet – and against their will – Hélène and Joachim begin a lovers' dance they are powerless to stop.