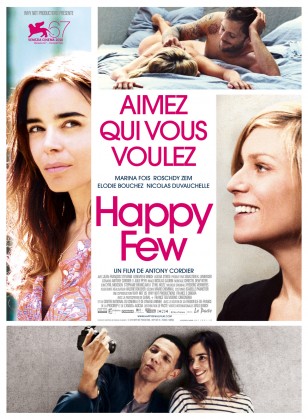 Short synopsis : Two couples in their thirties meet and fall madly in love. They get involved, sleep together, spend their days together. They try to move forward - without rules and without lies. Their shared passion becomes an addiction. They lose themselves completely, then struggle to escape the confusion, whatever it takes.

Long synopsis : Rachel works in a jewellery shop. When she meets Vincent in the workshop she is immediately seduced by his frankness and decides to arrange a dinner with their respective spouses, Franck and Teri. The two couples barely have time to become friends before they fall in love. Without wanting it, spontaneously, the new lovers become inseparable. They grope their way along in their passion, without rules, without lies. They keep their secret from their children and life goes on, almost like before. But what ties them to each other is so strong that confusion starts to settle in. Feelings are getting mixed up and the issues at stake grow crueller by the day.