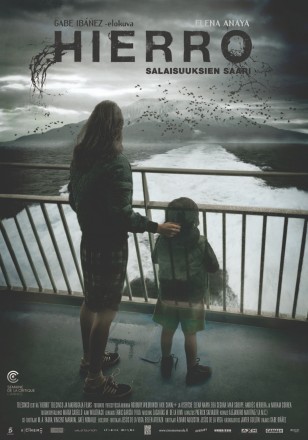 Short synopsis : Emotionally devastating, visually stunning, truly terrifying, in the tradition of THE ORPHANAGE and PAN'S LABYRINTH, HIERRO depicts one woman's journey into a vortex of terror and loss.

Long synopsis : While travelling by ferry to the island of El Hierro, Maria loses her young son Diego. Has he fallen overboard? Has he been abducted? Nobody knows. Diego simply vanishes. Six months later... Maria is fighting to overcome the pain of her loss, to pick up the pieces and continue with her life, when she receives an unexpected call.A child’s body has been discovered; she must return to El Hierro. On the island, in this strange and threatening landscape, surrounded by sinister, malevolent characters, Maria is forced to confront her worst nightmares. As she travels the terrible path that will lead to her son, Maria will make the most unbearable discovery of all - that some mysteries should never be revealed. Emotionally devastating, visually stunning and truly terrifying, HIERRO is a Spanish genre thriller following in the footsteps of J.A. Bayona's ''The Orphanage'' and Guillermo del Toro's ''Pan's Labyrinth'', portraying the desperate journey of one woman as she falls into a nightmare vortex of horror and loss.