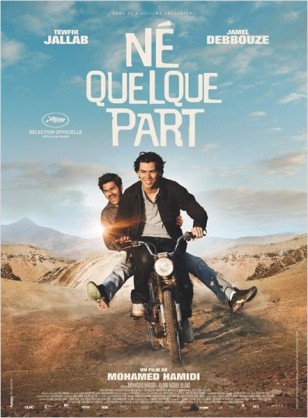 Short synopsis : When his ill father sends him to Algeria to save the family home, Farid finds himself a stranger in a strange land.

Long synopsis : 26-year-old law student Farid has lived in France his whole life. When his father falls ill and sends him to Algeria to try and save the family home from demolition, Farid discovers a country in which he has never set foot, whose language he barely speaks - a country he neither understands nor cares for. In his father's village however, he is gradually won over by a gallery of extraordinary characters whose humor and straightforwardness take him by surprise, then touch him deeply. Among them is his young cousin, a quick-witted wheeler-dealer who shares his name and who dreams of somehow making it to France. The two young men travel together to the good-time city of Oran to collect an important legal document. After a riotous night of wild music and drunken partying, Farid wakes alone in his hotel room - his cousin and his passport have vanished... He calls his mother who tells him everything can be resolved within the family. Forced to remainin the village while he struggles with a suspicious and unhelpful Algerian bureaucracy, theyoung Frenchman begins to learn about his family's past and his own roots. Then he receives aphone call: his father's condition has worsened dramatically. Farid must return to France as soon as possible, papers or no papers...