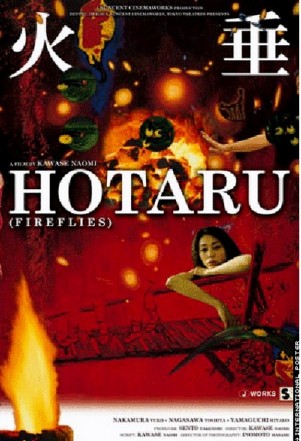 Long synopsis : Ayako lives with Kyoko, her friend and fellow stripper. She seems indifferent to her fate - disconnected. For Daiji, a lonely craftsman, family and tradition mean nothing. His art is his only connection to life. When they meet, both are adrift, suffering painful loss. She has undergone an abortion and broken up with her abusive boyfriend. He has recently learned of his grandfather's death. Daiji shows Ayako the great kiln built by his grandfather. She is fascinated. Later, Daiji waits in vain for Ayako at Gango Temple, where ancestors are celebrated. They had sworn to make a wish for their future, but the strip club has been raided, and Ayako jailed. Ayako returns home to the village she has not seen for ten years, but arrives too late. Her grandmother has died the night before. Daiji goes to the village to comfort her. When they return, they learn that Kyoko has terminal cancer. Ayako and Daiji burn one of Kyoko's costumes, then destroy the kiln. Together, they put the past to rest and prepare for spring and the future.