I CAN SEE IT IN YOUR EYES 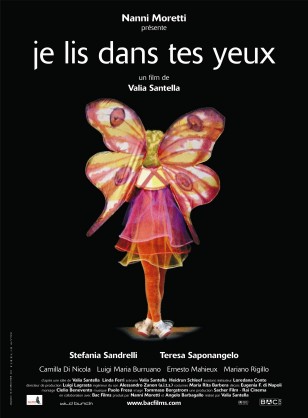 Long synopsis : Chiara is single, divorced and living in Rome. Life is difficult - and she is lonely. Her ex-husband Alberto is about to have a child with his new lover, her six-year-old daughter Lucia is chronically ill, and her flamboyant mother, Margherita - a singer who clings desperately to a youth and fame she no longer possesses - is betraying Chiara's father with another man. When she visits Rome for a TV appearance, relations between her and Chiara become strained. Then Margherita leaves for Naples, taking Lucia with her, an unconscious kidnapping that will have far-reaching consequences for them all