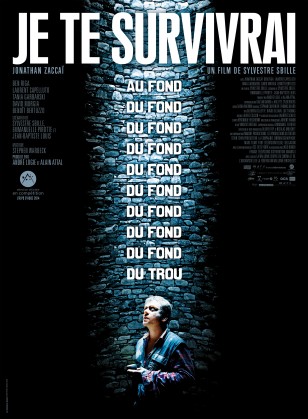 Long synopsis : Joe, 40, is as unbearable as he is charming... A gifted estate agent, capable of selling a hovel for the price of a castle, he’s an emotional wreck, and a walking disaster as a husband and father. Joe lives in a big house in the country, and above all else, he hates his old neighbour. Her crumbling ruin of a property , her overgrown mess of a garden, her pack of flea-ridden animals... Joe hates everything about her. And to top it all, Blanche - who loathes her neighbour as much as he detests her - seems to have the gift of eternal life. At his wits’ end, he climbs down into the old woman’s well to sabotage it. But his rope ladder snaps and he’s trapped, alone, with a beer and a phone with no signal. No one knows where he is. No one except Blanche...