In the Name of the Land 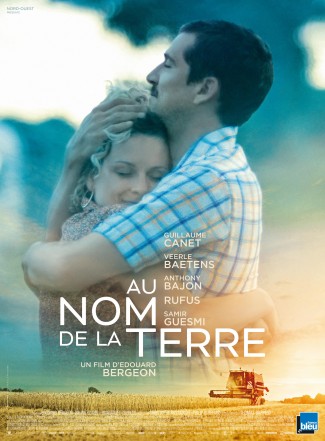 Short synopsis : Inspired by his own family history, director Bergeon delivers a powerful story of resilience set in dramatic and beautiful countryside.

Long synopsis : The Jarjeaus are farmers, father and son. Pierre was 25 when he returned from Wyoming to his fiancée Claire and the family farm. Twenty years later, both the business and the family have grown. Emma and Thomas enjoy country living while helping their parents. Happy days, at least on the surface… But Pierre is exhausted, his debts are piling up and his father isn’t making things easier. Despite the love of his wife and children, Pierre is sinking…