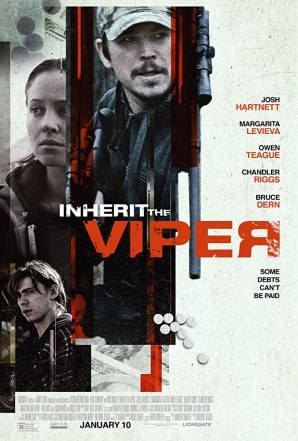 Short synopsis : The visceral and unflinching story of a family fighting to escape its destiny and the spiral of violence that has held it captive.

Long synopsis : The RILEY siblings live together in rural West Virginia and look out for each other after their father’s death. Josie rules the family’s illegal trade in Oxycodone painkillers with an iron ﬁst. Kip, an Iraq war veteran and her right-hand man, sorely aware that dealing pills has made them pariahs in their small community, is determined to keep their younger brother Boots well away from it. But Boots has plans of his own.