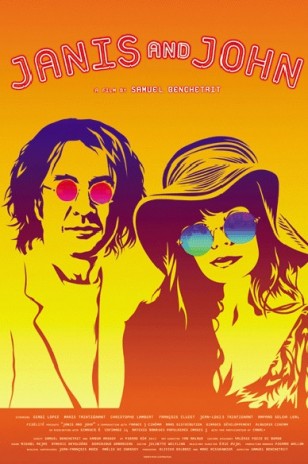 Long synopsis : Things are looking bad for Pablo Sterni (Sergi Lopez), insurance company employee, respectable father and husband, and small-time embezzler. For months he’s been conning his client Mr. Cannon (Jean-Louis Trintignant), ‘handling’ a non-existent policy on Cannon’s virtually undriven Aston Martin and pocketing the payments. Now the car has been wrecked, and Pablo owes 100,000 Euros. He's got two weeks to come up with the cash: a lot of money for a guy with nothing but debts to his name. If he fails, he'll lose everything: his family, his job, his reputation, his freedom. Pushed to the limits, Pablo finds a desperate solution: the fortune recently left to his cousin Léon (Christophe Lambert), seventies casualty and obsessive fan of John Lennon and Janis Joplin. If only Pablo can convince Léon that his idols have returned from the dead and need money - his money - to record a new song that will bring about World Peace... He recruits Walter (François Cluzet), a neurotic failed actor, and his own wife, Brigitte (Marie Trintignant), for whom the role of Janis provides an escape from the deadly monotony of her daily existence. The first meeting with Léon goes well. He falls entirely for the return of his heroes and is honoured that they have chosen him to help them. But before Pablo can profit from the situation, he begins to lose control of his 'creations'...