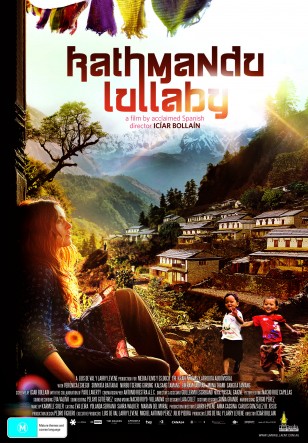 Long synopsis : Based on true life events, KATHMANDU LULLABY depicts an extraordinary journey of discovery, the story of a young woman's determination to make a difference, set against the vibrant slums and stunning landscapes of Kathmandu. When Laia, a young teacher, leaves a troubled past in Barcelona and moves to Kathmandu to work at a local school, she is appalled by the extreme privation and a bleak educational landscape that excludes those most in need. Marrying in order to stay in the country, she embarks on an ambitious educational project in the poverty-stricken Kathamandu slums. It quickly becomes apparent that she cannot do it alone, but Laia also discovers a beautiful gift she did not expect: love with the stranger she has married. Torn between this love and her commitment to the children she is determined to help, and accompained by her young friend and teacher Sharmila, Laia begins a new project that will inevitably alienate her husband, but that will forever unite her with Sharmila, as she travels on a personal journey into the very dephts of Nepalese society and of herself.