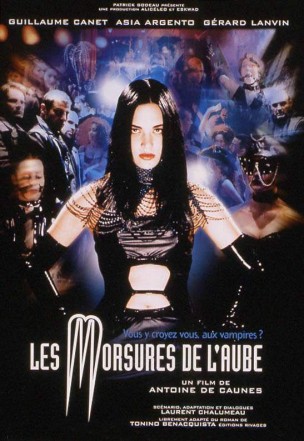 Long synopsis : Antoine is 29. Denied his rightful place in decent society by a run of terrible luck, he is determined not to forgo the many exotic pleasures offered up by Paris after dark. He's reached an acceptable compromise: nights spent freeloading, days spent asleep. Antoine has mastered the art of getting in where you don't belong. But Antoine pushes his luck. Having faked close acquaintance with the mysterious Jordan, a shadowy legend whose name is enough to open the city's most exclusive doors, he is cornered by a sinister operator oozing money and malice, who makes him an offer so rotten even Faust would turn it down flat. Only, in order to turn down seriously scary guys at five in the morning, you need hard cash behind you. And when you're broke, and wasted, and when there's the girl, Violaine - all vampire-pale skin and delicious curves - there's really no way back. Night is a lift going down to the basements of Hell. And when at last you scream ''Stop!'' it's way too late.