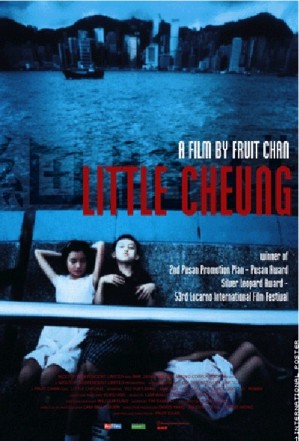 Long synopsis : A nine-year old boy confronts the heady complexities of the adult world, its violence, guilt and loss, with comic and tragic consequences. After school, Little Cheung helps out in his father's restaurant, working in the kitchen and delivering food to neighbourhood gambling dens, funeral parlours and brothels. He is cute, well-liked, always handsomely tipped. Little Cheung's father hides a warm heart beneath a cold, hard shell. His mother looks after business, whilst his house-bound grandmother, silent but loving, nurses a secret sorrow. His older brother was lost to the gangland underworld years ago. Little Cheung befriends Fan, a street-smart girl his age and together they run a strange delivery business with the local mafia. Cheung splits the commission with her and steals cakes from his father’s restaurant. He is brutally punished by his father and runs away on his grandmother's birthday. Fan reveals his hiding place, then disappears. Uneasily reunited with his family, from the balcony where Grandma always sat, he sees Fan in the street. Little Cheung runs to greet her, but their reunion is short-lived. Fan and her family are arrested and hauled into a police van. Illegal immigrants, they will be deported to Mainland China. Little Cheung is alone.