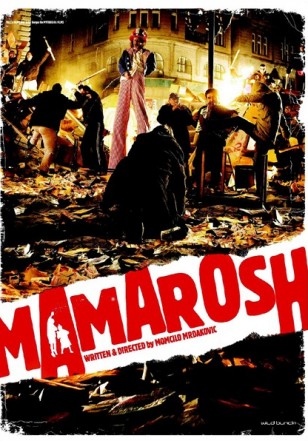 Long synopsis : Call it a buddy movie, a road movie, a war movie, and you'd be right. It's a love story, too - a crazy escapade played out between the Danube and Delaware Rivers, a high-stakes journey by turns horrendous and hilarious. Middle-aged cinephile and film projectionist Pera still lives with his mother - and best friend - Mara, in Belgrade. It's 1999 and when NATO bombs start raining down on Serbia, the two of them become refugees. After a surreal journey, they end up in New York, where Pera realizes that he can no longer do the old job he loved so much. While he and Mara were struggling to survive, the new age of digital projection was born. Then Pera stumbles upon some discarded projectors and his new mission in life becomes clear: he will travel around and show people the magic of Real Cinema - the magic that can only be created by celluoid, mechanical projectors, the silver screen and flickering light.