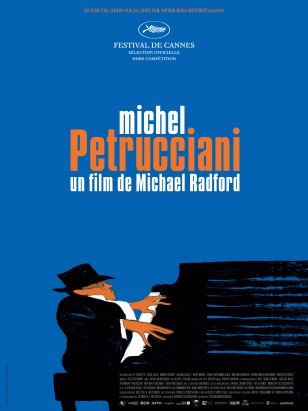 Short synopsis : The remarkable story of a man driven by an insatiable hunger for life - a force of nature who defeated devastating handicaps to become a musical giant.

Long synopsis : “People don’t understand that to be a human being it isn’t necessary to be six feet tall. What counts is what you have in your head and in your body. And particularly what you have in your soul.” - Michel Petrucciani Michel Petrucciani was a startling and original man, both by the nature of his physical condition and of his outstanding musical talent. This is the story of how he achieved fame and fortune through his indomitable will and force of personality. If the definition of true greatness is the realization of something that seems beyond human aspiration, then Michel Petrucciani had greatness in spades. Born with glass bone disease, and standing three feet tall as an adult, Michel Petrucciani overcame extraordinary obstacles to become an internationally acclaimed jazz artist. Giving his first professional concert at the age of 13, he rapidly ascended to the heights, playing alongside some of the world’s finest jazzmen. Through a wealth of interviews and riveting archival material MICHEL PET RUCCIANI: BODY AND SOUL tells the remarkable story of a man driven by an insatiable and all-consuming hunger for life and all it has to offer - travel, women, art - a supremely talented force of nature who defeated devastating handicaps to become a true musical giant.