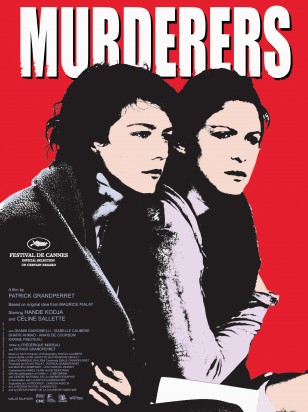 Long synopsis : Two girls. Two ordinary girls. Nina and Lizzy. Both 19. Sometimes, Lizzie doesn't want to live. And Nina has felt alone and guilty since the death of her beloved father. Nina sets out for La Rochelle, where she finds herself in a comfortable, bourgeois environment in which she tries to work. Lizzie, who has lived her whole life in La Rochelle, spends time at the hospital following two emotional crises. For her, it's a place of reassurance, a refuge. One Saturday, they meet in the hospital psychiatric wing. Both grasp the opportunity this encounter offers: Nina has found a friend, Lizzie the desire to live. They run away. Together, they are strong, euphoric; even their moments of hopelessness are joyful, as they drift through the outskirts of La Rochelle. They have no luck, and no money - only their dreams. With each passing minute, the doors of a world to which they do not possess the key are closed a little more. Doors to a world on which they - like all who are cast into precarious, marginal lives - have no hold. Despite this, they try to exist, through chance encounters, but 48 hours is not long enough. Then one man too many crosses their path. He will pay for the others. Based on a true story, Patrick Grandperret’s devastating film is an adaptation of legendary director (and former colleague) Maurice Pialat’s long-cherished project.