NO BODY IS PERFECT 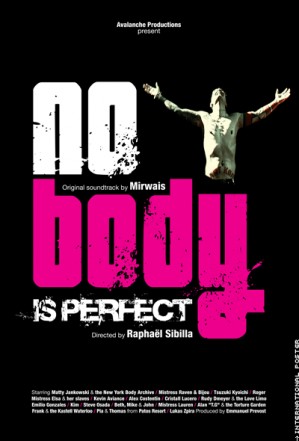 Long synopsis : The result of seven years’ unprecedented access into the previously forbidden worlds of extreme erotic experimentation, body modification, transsexualism and hardcore masochism, and shot with the full consent of its subjects, « No Body Is Perfect » offers an intimate, unflinching and highly explicit odyssey into the furthest extremes of underground 21st century sexuality. WARNING: The images you are about to see may shock or offend some of you, despite the fact that they were shot with great respect for the individuals depicted, and with their wholehearted consent. Not one image has been ‘stolen’ or removed from its context This film demanded five years’ research and two years of shooting, in France, Belgium, Holland, UK, USA, Mexico, Argentina, Brazil, Mali, Costa Rica, Japan... Each location, individual and act was filmed without staging, without effects. Everything appears as witnessed by the director during the course of his journey. We confined ourselves exclusively to practices in which consent was mutual and in which coercion and force played no part. Anything outside these restrictions was excluded.