NOBODY KNOWS ABOUT PERSIAN CATS

NO ONE KNOWS ABOUT PERSIAN CATS 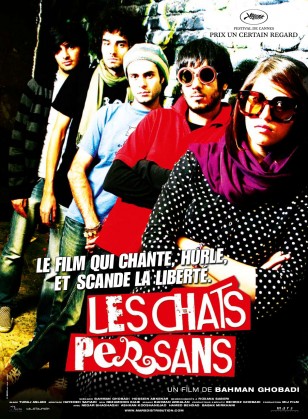 Long synopsis : After having been released from jail, a young girl and boy roam the heart of Tehran and start an underground journey to form a new band, and find, one by one, members among hidden underground music groups. They want to leave Iran to participate in music festivals in London and Paris, but have neither money nor passport. The two young musicians contact another man, to get them a fake passport and organize for them an underground concert before they leave.