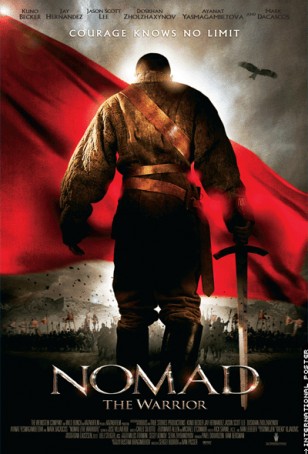 Long synopsis : 18th century Kazakhstan, a vast, pitiless region of austere and terrible beauty, bordered by China, Russia and Tibet. Here the proud and warlike Kazakh tribes have survived and fought for centuries - against invaders, against their formidable Jungar enemies and amongst themselves. Oraz, a mystic and warrior possessed of great powers, foretells the birth of a new star, a hero. This boy -Mansur - is destined to unite the Kazakhs, and lead them to glorious victory against their enemies. Fearful of Oraz’ prediction, the Jungar ruler Galdan orders his General, Sharish, to find the child and slay him. However, Oraz saves Mansur and delivers him to his father, Sultan Wali. Years pass. Mansur, a descendent of the legendary warrior king Ghenghis Khan, and Erali, the abandoned orphan of an unknown shepherd, are trained by Oraz in the martial arts. Equally brave, equally skilful, the two young men grow as close as brothers. Knowing that one is fated to lead the Kazhaks to victory, the other to sacrifice himself to enable his friend’s destiny to be fulfilled, Oraz remains silent. When Mansur and Erali both fall in love with the brave and beautiful Gaukhar, their loyalty to each other forbids them from speaking their love. The city of Turkestan falls to Galdan’s terrible hordes, Mansur’s father is slain and Gaukhar abducted by the Jungars. Challenged to a one-to-one battle, Mansur slays the powerful Sharish in a display of matchless skill, but is himself captured by Galdan. It will be Gaukhar who rescues him from certain death, allowing him to face the challenge of his glorious destiny... Shot in the cruel and spectacular wilds of Kazakhstan, NOMAD is the epic tale of one man’s destiny – to unite the warring factions of his people, to defeat the mighty warrior hordes of their age-old enemy and to establish a long-prophesied kingdom safe from invasion. Extraordinary landscapes and ravishing design provide the exotic backdrop against which the breathtaking action is played out. Good confronts Evil, friendship is forged in adversity and tested by jealousy, love is sacrificed on the altar of Fate. And a legend is born