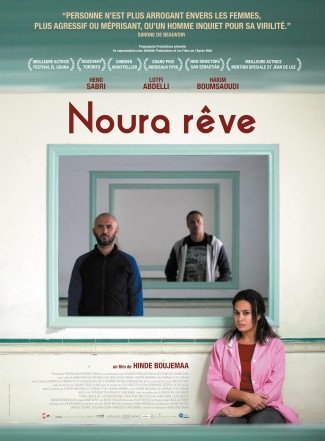 Short synopsis : Hinde Boujemaa’s Noura’s Dream is a passionate, intimate and brave declaration of every woman’s right to love as she chooses, in Tunisia and beyond, graced by a sensitive and moving lead performance from Hend Sabri

Long synopsis : An independent woman, Noura is raising her three children alone, working in a hospital laundry to make ends meet. While her husband Sofiane is back in jail, she meets Lassad, the love of her life. Forced to hide their relationship – if it were discovered, they would face 5 years in prison – Noura petitions for divorce but just days before it is granted, the lovers’ dream of a life together is threatened by Sofiane’s imminent release.