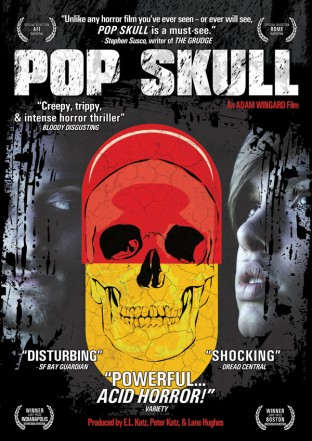 Long synopsis : ''Unlike any horror film you've ever seen -- and ever WILL see -- POP SKULL is a must-see.'' - Stephen Susco, writer of THE GRUDGE “POP SKULL” kicks Hollwood’s ass!” - Bloody-Disgusting.com The lonely, troubled life of Daniel, a young Alabama pill addict, as his efforts to cope with the trials of his day-to-day existence collide with the increasingly malevolent influence of the murderous displaced spirits that inhabit his home and threaten to possess him, body and soul. A shocking and delirious psychedelic horror trip from 24-year-old Adam Wingard.