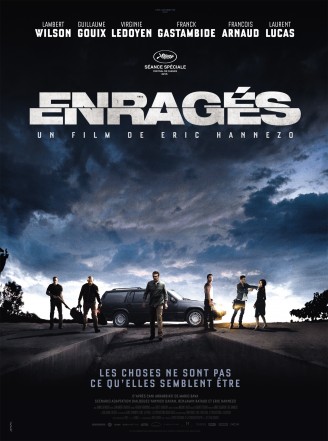 Short synopsis : After a bank job goes badly wrong, three desperate criminals take a young woman and a father and child hostage - it's the beginning of a frantic and violent road trip that not all of them will survive...

Long synopsis : The main avenue of a crowded city. Sabri grips the steering wheel of his car, eyes fixed anxiously on the bank entrance opposite… A sudden explosion. Three masked men race to the car, loaded with stolen cash. Sabri drives. But everything goes wrong: the cops are right behind them, the car crashes, their boss is killed. Sabri and his accomplices are forced to run. The three desperate criminals will stop at nothing to make their escape. Taking a young woman and a father and child hostage, they embark on a crazy, violent road trip that not all of them will survive…